My Dreams Of Academia Are Over 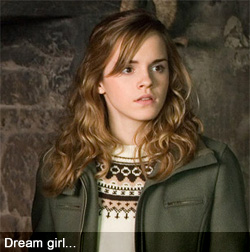 Last week saw the beginning of the end of my life at University.

My final lecture was sat through. My final seminar was participated in.

I also completed my final essay – getting it finished a mere 6 days after the title choices were published (unlike my fellow students – the younglings – who will no doubt complete theirs a mere 6 hours before the final deadline).

I’ve waded through a reading list of 18 books this year and all have been codified and footnoted to within an inch of repetitive strain injury.

All that remains is a couple of revision seminars after Easter and my final exam sometime in May / June and then I’m done.

Although I’ve enjoyed taking this part-time degree, after 10 years of juggling study with full time work and full time life I’ve had enough. I hadn’t realized how exhausted I was feeling until I’d completed the essay and gradually woke up to the fact that I was effectively free. The sense of relief was amazing. The reality of being able to read what I want again for sheer pleasure is not to be underestimated. It’s wonderful and I’ve dived straight into some Philip K. Dick (Ubik) as an antidote to all the University texts that are swimming around in my head.

Don’t get me wrong, I will miss University. For all I’ve moaned about the other students – the non mature ones – it’s been interesting to hear what they have to say and how they view the world. It’s also been interesting to note how I’ve changed in how I interact with them. I started off feeling more like them than the other mature students I originally started with but now, here at the end, I truly feel a generation away from them. I’ve got older. And got older in my thinking. I’m not sure whether that scares me or not.

What I shall miss most of all though are the dreams.

I used to dream about school once in a while as a matter of course anyway. But while I’ve been back in the academic world my dreams about school have increased both in number and regularity.

And they’ve been great. I’ve never had a bad dream about school – even the obligatory “late for exam” dreams which I get but rarely have never been that bad. There’s always something fun about my school dreams (not sure why as I never found school particularly fun when I was actually there). But then there’s an added element to my school dreams... Somehow they have become inseparably fused with the world of Harry Potter.

No matter whether I am at Junior school, Secondary school, college or University, Harry Potter, Ron Weasley and Hermione Granger are regular colleagues. It’s bizarre. Yes I am a fan of the films and I’ve read the novels but it’s weird how and why this crossover has occurred.

Evidently the world of Harry Potter resonates deeply with my subconscious.

Possibly that says that even in curmudgeonly adulthood I still retain a childish need for escapism, and fantasy. I don’t at all see that as a bad thing.

But thank God I grew out of reading the Famous Five and Mallory Towers back when I was 9... at least Harry Potter has some adult themes! I’m not sure I could cope with having regular dreams about "midnight feasts" and friends who say "Golly gosh" all the time.

I much prefer "Expelliarmus" and chocolate frogs...

Congratulations for having completed the longest, slowest degree in the history of the universe! I must admit I sometimes doubted you'd make it! Don't now retreat into old fogyism - you need those younglings around you. Time for a 20 year long PHD, mayhaps?

What do you mean retreat into old fogeyism? It's my first line of assault! Once the little one is a bit older I might launch into a 10 year MA... if my brain and my wallet can take it.

Congratulations!! What happens next? What is the game plan here, I'm late to the table.

I loved Mallory Towers and it saddens me that my daughters wont touch them with a stick.

It was all so simple then.

Wow, 10 years! That's amazing. I had no idea it had been THAT long! Well done.

I still occasionally have dreams where I am at Mallory Towers but I had perhaps keep the details of those to myself!

Miss Behaving: the game plan was also to go on and do an MA in Creative Writing but, in all honestly, I'm so exhausted at the moment that I think a break is called for - at least until Tom is at school! I haven't really thought much beyond that. Graduation will be in the summer I assume and I hereby swear to post some pics from that auspicious occasion.

Hi Gina: don't be tease - please composes a post please! Sounds very intriguing! ;-) I actually began the part time degree in 1992 (!) but had about 5 years off in between and then went back to it in 2003. As Tris said, it's been the longest, slowest degree in the history of the universe!

Well congratulations on getting there in the end. And thne drems sound like GREAT fun!! You don't have to stop those!

Thank you, Justme - I won't be stopping the dreams by choice but my control over them is a little wanting sometimes!

Congratulations! I didn't realise you were studying. I finished my degree about 18 months ago, it took 6 years with a 2 year gap, ages really! I miss the need to think but not the deadline pressure. What degree will you get?

I've been studying on and off since 92! But I did take 5 years off in the middle. It's an English and Cultural Studies degree at Warwick Uni and although I've enjoyed it I agree with you: i won't miss the deadline pressure either!

As for growing up... it's way over rated!

Congratulations. Now get a job, you slacker! And stop walking around with your chest exposed in the middle of March. Bloody students.

Rol, like, you just don't get fashion, like, do you, like, my belly button is a political statement to express my solidarity, like, with the victims of political injustice all over the world and can you lend me a fiver, the student union bar is opening early today...

Well done...quite a marathon! 'tis a time of change, eh?

Thank you muchly - it is indeed!

My school dreams are horrible...I am always lost and can't find my schedule...sad...

You need to get your school dream Harry Pottered up, Sweet Cheeks - it works for me! Whoe cares about being lost when you can challenge someone to a magical duel?

**after 10 years of juggling study with full time work and full time life I’ve had enough.**

I know exactly what you mean :-)
I did the same for quite a few years (studying on and off since 91/92)...juggling three jobs at a time...I was SO relieved when it was over...but...somehow...three years after graduation, I'm starting to miss my academic life, I honestly do...and I wouldn't want to trade my longish "uni life" for anything in the world...

Funnily enough, Stone, I'm already feeling a little emptier for not having the academic impetus... I think an MA might well be on the cards though I think I'll wait till our youngest lad is at school and doens't need quite such an intense input of energy!

LMAO...I already have an MA...but...I was seriously considering doing a phd, ha!

Stone - go for it! Some dependencies work in our favour! ;-)

I'm doing a harrowing 2-year-teacher-training at the moment (it mega-sux, but c'est la vie...no choice if I want to be a teacher)...
I haven't completely given up on that phd-thingy, to be honest...maybe *after* this 2-year-training...LOL...I'll be easily 50 until I have what I want LOL...keeps you *agile* I guess.

I'd imagine it helps you sleep well at night too!

Hmm. I must be doing something wrong...!

Well done on the end to education. I don't know how you have done it with a job and a young family. I hope you have a great day with the mortar board and gown (when will the ceremony be?)

I don't know how I've done it either, FF: I can barely afford decent coffee let alone cocaine...! ;-) Grad ceremony should be July / August I assume...!