The Drugs Do Work 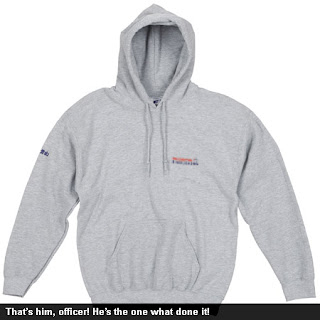 I've never really done drugs. I've always been too cautious, too constrained by my conscience and my many paranoias. Sure, I've had a puff on a cigarette and a couple of times tried marijuana... The cigarette was revolting; I couldn't see how it would ever be a pleasure and as for the weed, well, the first time had no effect whatsoever and the second just made me intensely incommunicative. Given my problem socially has always been a tendency to fall into the background and not say anything anyway I couldn't see any benefit from "loosening myself up" with a pot hit. Plus I just felt 12 times more paranoid the morning after than I normally would have done. I can remember immediately forcing myself to write a poem just to check that I hadn't lost any brain cells.

So drugs ain't for me and though I try not to attach any moral weight to that decision I can't help but fervently wish that my boys will steer well clear of such apothecarial dangers themselves and follow their father's route into abstemiousness and teetotalism.

My dreams always were impossible.

But other people can float their collective and individual boat how the hell they like.

Now, when I'm playing the man about town or just doing my day job I run into all sorts of people doing their thing around Leamington Spa. Most I now recognize on sight. The beardy homeless man. The sweary girl with her hair scraped up into a tortuous ponytail (council estate facelift). The Polish alcoholic ex-sniper guy (his story will have to wait for another time). And the little gnome-like hoody kid.

Last time I saw the hoody kid he was stoned out of his tiny skull, swaying in the wind outside the entrance doors of my workplace, with a blissed out expression on his face. He was so stoned he didn't even recognize that I was stone-cold sober and straight. He'd done enough blow for us both.

Normally he's a lippy, snarly little git but this day he was mellow. He was loved-up. I and everybody else was his mate. He looked at me with eyes hooded for once not with contempt but with languorous good vibes. He nodded and asked me if I'd ever smoked weed. Without waiting for my answer he went on to extol it's many virtues but without backing any of that up with biological fact. I was amused and merely told him to watch himself and suggested he might want to get himself to the privacy of his own home before the local rozzers picked him up.

I guess the weed had made us both kind of mellow and easier going that day.

Earlier this week, however, he was back. Sober. Straight. Back to his cocky, confrontational self. Standing a mere couple of inches from my face, staring silently into my eyes. Daring me to... What? I have no idea. Lamp him? Lay him out? Oh please. Not worth the time in the clink. This type of situation goes with the job and no longer bothers me as much as it used to. My ego is big enough to walk away from such obvious shite-hawking without suffering any loss of size.

But God was I tempted to go out and score him some skunk.

Some people are just far nicer when they disengage from their everyday personalities...

W C Fields had no compunction about spiking a little boy's orange juice with whisky, but he was a big boozer himself. You might have to settle for this Eddie Murphy line.

Gorilla Bananas: and if the police catch him rifling compromisingly through my pockets do I just tell them, "It's OK officer, I'm just giving him my Axle"?

Well, from what I gather the cocaine hasn't done much to improve Cameron...

The fly in the web: he really needs to OD.

"council estate facelift"- I like that. As for your lippy hoodie more pitied than feared I'd suggest. Some people are dealt more of life's shit than others.

Barry: true, and some people deal it out.

I had an eratic and unreasonable bitch of a client a few years back. One day I'd think "she's on drugs", the next I'd say "Damn! She forgot her drugs today"

English Rider: all I can say is, there must be a lot of people on medication near where I work...

Hug a hoody...on or off blow

Nota Bene: I'd like to hire an iron maiden that could do that for me.