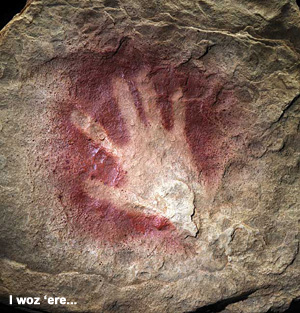 Not for the first time in the comparatively short history of this blog my reasons for writing have yet again been called into question by a third party.

Why do I write? What need does it satisfy? What good does it do? Who the hell do I think cares enough, is interested enough to even want to read it all in the first place?

Needless to say such questions weren't posed in an emotionless psycho-scientific vacuum but were given a hefty wallop of negative spin that created a curve-ball with enough thrust to smash through even my superdense cranium.

Well if you've got this far I guess you've just answered the fourth question.

As for the others I'm pleased to report that it didn't take much brain searching to come up with a few answers.

The way I see it (and that statement alone is the fundamental starting point for any blog, letter, email, newspaper column, book, film or play) blogging of itself it a pretty pointless activity. It's not going to stop world poverty, end human trafficking or child abuse or even get The X Factor axed from our television screens. It's not really within its narrow remit.

Yeah. That's a naive argument but I live in hope.

In all honesty I personally see blogging in its entirety the world over as a wonderful ever-expanding social-history document. Kind of like the Bayeux Tapestry but this time mostly about mundane stuff and one where everybody gets to voice their opinion - not just the winners. Taken as a whole it represents lots of truths (some of them conflicting) about human nature, human society and how we all, as a species, interact - not just on a local scale but also globally because the great thing about the online community is that geography as an obstacle is completely and utterly removed.

In fact there was an experiment a year or so ago where everybody (not just regular blog writers) was invited to submit a blog post on the same day so that a group of curators somewhere could have a digital snapshot of what the 20th century world was doing on 25th July 2010 (or whenever it was - I just made that date up so that the sentence would feel like it was going somewhere). Blogging in general is like that. Our descendents 300 years from now will look back at all this online verbiage and feel that they know us a lot more intimately that we can currently say we know the population of Restoration Britain, or the Elizabethans or Stone Age Man.

Which brings me onto a neat conceit.

Whenever anyone asks me why I blog (and no, it isn't just about my ego) I always think of the hand prints our ancient ancestors left on the walls of caves all those millennia ago.

Why did they bother? What need did it satisfy? What good did it do them? Who the hell did they think would ever be interested enough to look at them and care about them?

I mean those hand prints by themselves don't tell us very much at all apart from the date they were made (like most blog posts in fact) and what colour paint they had available. They don't in themselves tell us what these people ate, what they wore, how they spoke or what kind of relationships and hierarchy their society was composed of.

Apart from the aesthetics and the wonderment of how old they are those hand prints don't add to the total sum of human knowledge a great deal at all. They were made by simple folk, in a nascent civilization with nothing very big or world shattering to say at all.

And yet they are invaluable. They are important.

Those hand prints say quite simply but nevertheless very fundamentally, "I was human. I was here."

And actually, on a cosmic scale, that is quite world shattering.

I am human and I am here.

And quite honestly if you don't like the shape my hand makes against the wall feel free to drag yourself onto the next cave. There's some "horsies" in that one.

And to that I say an almighty, supportive Ugg!!!

Being Me: you've just earnt yourself a share of the mammoth steaks.

Gorilla Bananas: I've booked an appointment for next Thursday. I've told my wife it's for the sake of art and posterity.

Why do we do anything? Blogging has a whole lot more point to it than half the things people get up to.

Rol: amen to that, brother.

The fly in the web: it's one of the reasons I never wash my hands.

Certainly a good enough reason to blog.If reason were needed at all.

Libby: if reason were needed at all - that's just it: it isn't.

I love the handprint analogy. Well said. I think the question 'why do you blog?' could be paired with 'why do people read blogs?' And both answered with one word: connection.

Michelloui: good point well made. Wish I'd thought of it. It would have saved me an hour of writing yesterday. ;-)

Yeah, youf hand are all over this. Book 'im Dano.

The need to 'respond' - in images, in music and in words - is a fundamental part of bring human - properly and fully human that is. This is why we write and why blogging is valuable in itself as well as importnat in a wider sphere.

Might I gently suggest you are wrong to conclude that blogging cannot world change the world. Blogging was essential to the 'velvet revolutions' of the former Soviet Union, with blogs being the central disseminators of information in way that might now be routed through Twitter. Blogs were also vital in the in writing about and in favour of change - they were a voice for change which coud not be censored. There remains much potential for this in parts of the world less free than ours.

The bike shed: more than happy to bow to your superior take on the subject which greatly augments my own.

Great post.
My blog is my very own time machine, a veritable chariot of memories

Löst Jimmy: that's how my wife and I are looking at it too... something to refer back to when we're older and greyer.

Now that is a great reason to be back :)... don't be discouraged by Gorilla B... though the image did make me laugh out on the busy train home... x

Gorilla Bananas: I was quite excited by the image myself.