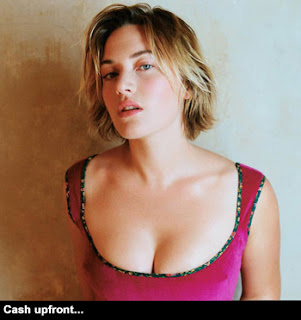 I have a real problem with ATMs

Not just the fundamental issue of having to rely on a machine to present me with my own money in order to buy food to ensure my on-going survival – it’s something a little more prosaic than that.

It’s the beeps. The nagging beeps that harass you to remove your card or remove the money once it’s been squeezed out through the machine’s mealy-mouthed pinch rollers.

I get that the beeps are there as some kind of auditory spur, to prompt you into physically interacting with the machine at the appropriate time and in the appropriate manner. I get that they are an aid to informing people with visual impairments that a step in the process they have undertaken has just been completed.

But I hear the beeps as an impatient nag. An antisocial klaxon that announces to the world that I haven’t removed my card or my cash quick enough for the machine’s liking. It’s like beeping a car horn at someone because they aren’t moving fast enough or are in your way.

The beeps are just too abrasive. Too impersonal. Too open to negative interpretation.

Surely a recorded voice would be better? Somebody like Kate Winslet softly intoning things like, “Thank you for using me to fulfil your transactional needs – you may now remove your huge wad from my slot.” I wouldn’t mind if the world and his daughter heard that emanating from the ATM I was using.

Of course, these messages would need to be carefully regulated and recorded solely off-site. Giving the local cashiers access to recording their own messages would only lead to trouble. Messages like “You can now remove your penis from my portal” or “You have been too late with your withdrawal and there is a chance I am now pregnant” would undoubtedly turn many a head in your local branch of HSBC and not in a good way.

But all things considered they would be an improvement on the beeps and might even be good for business. I’m sure I can’t be the only person who would rather the world saw me as a pervert with a cashpoint fetish rather than just another slightly OCD nerd.

Nice picture! Is the weather hot where you are - it seems to be affecting you. They are just beeps; get over them! Though 'you may now remove your huge wad from my slot' has a certain ring to it.

I'm sure ATMs will one-day be intelligent, speaking devices that say "Hurry up, Beardie" instead of beeping. They'll only be saying what the people behind you have been thinking all these years. You could always try putting lube on your card to get a more friendly response.

Colin: if my ATM looked like Kate Winslet I'd happily chuck all my money at it.

Gorilla Bananas: yeah but think of the person who's in the queue behind me... nobody likes getting sloppy seconds.

Wait...what is this thing called cash? I had almost forgotten about it. I think I've visited an ATM twice in the last six months (while I know it would prefer a greater frequency of visits, what can i say? I'm satisfied with these infrequent transactions. I'd rather go home and read).

Wanderlust: cash is a minority commodity that is becoming increasingly rare that was once used to grease the wheels of business, bureaucracy and justice.

Your ATM observations did make me laugh Steve!
I agree about the human interaction but perhaps not quite so sexualized. maybe Mrs Doubtfire saying "Helloooo poppet, you can go ahead and take yer money dear". All in that pseudo Scottish accent.

Craig: P.S. your comment about me sexualizing things made me think. I think I do that because when I use an ATM I know that one of us is getting screwed.

Your post has conjured up visions of an ATM which sings 'hokey cokey'....I think I'll just go to the counter instead...

The fly in the web: I live in fear of the human cash tillers taking inspiration from this post and using my ideas as a script...

I keep expecting my ATM to start laughing hysterically, yelling "You want how much? hahahahahaha"

I'm sorry... did you write something? I couldn't get past the picture.

The Amanda: my ATM has moved beyond that. It just sneers at me now as soon as I step inside the building.

Rol: I did think of you when I chose that picture and very nearly gave it the caption "This is a hold-up..."

It's a good job the weather has changed, I think your fantasies here are getting the better of you. I'm just off to the cash machine myself in the hope that Angelina Jolie will pass me a note...

Nota Bene: you may have to take a rain check.