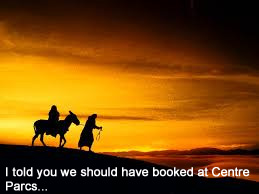 I must have been in the nativity play every year that I was in infants’ school but the only single recollection I have is of being a sheep one year and having to wear a cardboard sheep mask that I’d made at school especially for the purpose. The role wasn’t demanding. I think I just had to sit at the side of the stage and not upstage the toy doll in the crib. I didn’t even get to baa. The speaking parts were always allocated elsewhere – to the more confident, gobbier kids who could project their voices loud enough to be heard at the back of the hall. Never once did the classic line, “There is no room at the Inn!” pass my boyhood lips.

And now it never shall. Unless I suddenly take up a career as a hotelier in a very small building.

There seems little chance it will happen vicariously either as in this year’s school nativity play my youngest boy pushed for and won the role of a star.

As in twinkle twinkle.

And not even The Star, i.e. the main celestial protagonist in the nativity story. No, he was one of six generic stars that performed a dance routine in front of the manger about half way through this year’s school nativity production. You know, I swear to God these teachers take massive liberties with Bible interpretation these days. I’m amazed their photos are not publically burnt by American Mid-West Evangelists at gospel rallies more often… you know, the kind of thing these God botherers do to spread the ethos of loving thy neighbour and encouraging people to value religion as a unifying and harmonizing force in the world?

Anyway, he was very cute and I was impressed that he’d learnt what was quite a complicated dance routine – he plainly has a mind for choreography. He seemed chuffed to see his mum and dad in the audience and bestowed upon us a couple of waves. No more than that; he was very focused on his role and threw himself into it with all seriousness. A great acting career is bound to follow. Or at least a decent career as an extra. I look forward to seeing him in Downton Abbey next year as chief urchin.

And you’ll be glad to know that the Virgin birth went off without a hitch for another year though I couldn’t help but notice the complete dearth of sheep.

That was a huge oversight in my opinion. You can’t have a stable and shepherds without sheep. Do these teachers know nothing about the Bible?

If I’d had more notice I would have rummaged around in the loft beforehand. I’m sure I still have that mask stashed about the place in a box somewhere.

And I bet you a night’s stay in a five star hotel room it will still fit me.

I was a King. Any advance?

Why didn't you offer to play the sheep yourself with your acting experience? In fact, you could have played all the animal parts with a few deft wardrobe changes. I see you as a generic hairy dude extra who could give these nativity shows some much needed authenticity.

Colin A: do I get anything for a Queen? Er... actually, forget I asked.

Gorilla Bananas: I suspect I'd need an expert handler or wrangler.

Being Me: I certainly don't mean Five Star.

Nativity plays at schools are only entertaining when something goes wrong, which it normally does. Enjoyable post.

Fran: this one would have disappointed you then... all seemed to go according to plan. Sylvia Young would have been proud.

Have sheep become non PC for some reason?
Was someone Welsh running the show?

The fly in the web: I know, I could understand it if it was horse...

My daughter was a bird once, a bird?! FFS

She was promoted to Inn Keeper Number3's wife the next year. No lines still but had the grand privilege of placing the crib on stage with the baby Jesus in. She milked it and I, for one, don't blame her, you've got to make the best use of your chances when you get them.

I remember being a giraffe, I had to scrub my neck with a washing up brush. A giraffe?! FFS

K Ville: the teachers, bless them, try to find / invent a part for everyone and while that is laudable I must say a giraffe is stretching things a bit too far.

As a school governor, I have seen dozens of nativity plays over the years and witnessed the nose-picker, the sniffer, the teary sniffler, the knicker-flasher and the arms crossed not-joining-in-er!
This year we had tears and an accident on stage but we did have a full complement of sheep, cows, a camel or two and the dance of the stars/angels.

Trish: the teary sniffler and the knicker-flasher? I'm so glad they weren't the other way around.

I remember my first Nativity Play. I was Second Camel Dung. (Not even First Camel Dung. That went to Andrew Lodge, the fucker. And didn't he grandstand!)

Rol: you had camel dung? Wow. That's a level of realism not usually strived for in the humble school nativity play. Respect to your teacher.

Oh you brought back those chest-crushing feelings of watching ones off spring (or listening to them carol singing) that we used to moan about years ago! With the Scowly Teen now 18 and at teachers college, the Whovian now into The Walking Dead...life's all upside down. Without a mask.

Amanda: yes, I kind of figured this type of magic will be over all too soon and it's best to make the most of it while it lasts... blogs are useful for not only catching the moment but also all the moments it links into.

I am glad you and your son enjoyed it. To me withstanding an infant nativity play is one of the main reasons I never had kids.

Laura: no stomach for the hard stuff; that's your problem! ;-)

Ahhh, I miss watching nativity palys now mine are older. Make the most of it!

Suburbia: indeed... memories to be savoured.

I think the littlies - even now they're not mine - are priceless to watch. Hah, sometimes they grow up and become reindeer like my girl has, prancing around the kitchen in pretty sexy lady reindeer gear, before heading off to entertain er... school children. I have an impression that Nativity plays are currently NOT acceptable in NZ state schools.