The screaming you heard over the weekend wasn’t the climax of a witch’s sabbat but the sound of my wife wrestling money out of my wallet to take us to see Burke And Hare at the local cinema...

I love going to the cinema but when times are tight it is usually the first luxury to fall by the wayside.

So was it money well spent?

On the whole I’d say yes. The film is a comedy in the Ealing vein but is also gritty and a mite grim. Difficult for it to be otherwise given the subject matter – dead bodies, corpses, anatomical science and murder (to be said with both r’s rolling furiously like in an episode of Taggart) – and the historical ending of the story leaves little room for it to mutate into a chick flick: William Burke was roundly hanged, dissected and his skeleton put on view for all to see in the Edinburgh University Museum. Apparently it is still there.

But comedy it was and by God it was a who’s who of British comedians. Practically everyone was there with the notable exceptions of Ricky Gervais and Jim Davidson. So there’s 2 reasons at least to go and see it. Almost the entire cast of Spaced appears in the film and there was even Ronnie Corbett to boot though Karen and I both think the tiny little chap is recovering from a stroke given his slightly slurred delivery of his lines... but then again he was playing a Scotsman so the slurring could have been entirely deliberate. 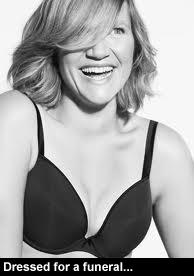 As for the all important eye candy... well, there’s little to appeal to the ladies. Much as I like Simon Pegg and Andy Serkis they are hardly a pair of Adonis’s (Adoni?) and having them waddle around dressed in the cast-offs from Oliver Twist is hardly going to boost their sex appeal. For the lads there was Isla Fisher who I’m sure debuted on our screens in Home & Away. What can I say? She’s pretty enough but does nothing for me. So little in fact Burke and Hare could have carted me off to the butcher’s slab and I wouldn’t have noticed. Possibly it’s a testament to how much I adored Spaced but Jessica Hynes did far more for me. Even though she spent much of the film spilling her impressive bosom into a bowl of porridge and cheap ale. I guess that says a lot about what floats my boat. 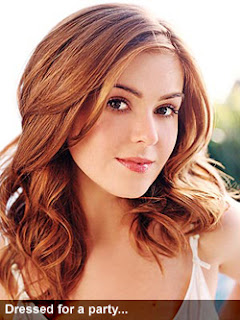 Hynes also has the best laugh-out-loud scene in the film – as she and her on-screen husband, Serkis, are rogering each other with a fury that would possibly cause a tsunami off the coast of Skye they come up with their master plan – to move away from murder and into funeral parlours (the reason being people bring their dead bodies to you rather you having to engineer them yourself: genius). To be honest if I was going at Jessica Hynes like a threshing machine on moonshine the last thing I’d be thinking about would be funeral parlours ...but if I were to have Andy Serkis’s rubber lips flapping over me like Mr Ed reciting the alphabet then thinking about funeral parlours might be a very welcome diversion.

Anyway, my opinion aside, the film was not well patronaged when Karen and I went to see it and much as I’d like to see the film get a wider audience for patriotic reasons I can see that its appeal is limited. I don’t think the humour or the accents will travel well. Which is a shame.

And as for the title of this post: Birk & Nagra are a well established firm of chemists in Leamington Spa and, because my mind works like that, they are all I can think of when I see the names Burke and Hare. Any other association between the 2 is purely coincidental. Ahem.

What are you like with your "eye candy"?!! Very attractive ladies, I have to say. Now, let's see a bit of male for a change!!!

Think my hubby might enjoy this, him being from Edinburgh and a doctor to boot. Looks like I've not got much to drool over though.

Trish: not much to drool over though... not unless you like severed limbs, an aging Tim Curry or Bill Bailey with huge ginger sideburns.

MMmmm..don't really fancy the pictures these days...too noisy and full of yobby kids (just call me angry of tunbridge wells) and although I liked spaced, have sort of 'gone off' simon pegg.....and Birk and Nagra means nothing to me now....when I was a Leamington girl so many many moons ago there was a shop called Burgis and Colbourne.....guess thats what will stick in my head now....

I love the cast of Spaced, I love porridge and I love ale. But I'm not sure I want to see anyone's bosoms dangling in porridge and ale. I might have to take a raincheck on this.

Libby: to be honest I think there was only about 15 people in the cinema when we went... relatively yob free (if you don't count me and my wife).

Emma: I may have over-egged the bosomy dangling somewhat. Alas.

It is impossible to over-egg a bosom dangling in porridge. The egg would scramble.

Keith: as would my brain... but what a great way to go!

Hmm, you haven't really sold it to me! I don't think you and I have the same taste in eye candy Steve - though you are quite right about Simon Pegg and Andy Serkis. I was planning to see Made in Dagenham sometime soon, so I think I'll stick with that.

I went to the cinema this weekend too, although it was to see Despicable Me. The kids seemed to like it.

I hear Isla Fischers scots accent is bizarre to say the least.

Alienne: might be a wise choice, especially if comedy corpses isn't your thing.

Gappy: hello you! Isla's Scottish accent is indeed bizarre. As is Simon Pegg's and Andy Serkis's Irish accents. In fact, most of the accents are bizarre. There's ne'er a true Scot among 'em!

Ah, Gollum, now THERE is a bit of British talent / eye candy for you... No?

Ah, Gollum, now THERE is a [typical] bit of British talent / eye candy for you... No?

Sent a link to Simon Pegg - wonder if he'll read it?!

Kelloggsville: I hope not! We're huge Simon Pegg fans in my house and I'd've bigged him up a whole lot more if I thought he was casting his comedy genius eye over my humble blog...!

So what would you be thinking of if you were having your way with Jessica Hynes? Would thinking of a choo-choo train help you focus?

Gorilla Bananas: I have just experienced an unhelpful flashback to watching Ivor The Engine as a small child. I can honestly say it did little to get me in the mood. I hope, with all due respect to the female of the species, that my attention would be utterly captivated by the jiggling strumpet in front of / below / on top of me.

I hadn't even heard of this film and I love Simon Pegg, cheers Steve.

My friend took her very mature (almost an oxymoron this..) son of almost 14 to see this last week. He is the size of a fully grown man. As they were let into the screen the usherette (do they still call them that?) asked him how old he was...13 he said, Burk! She 's still not seen the film.

Glad you enjoyed it. Don't go much myself, can't remember the last film I saw at the cinema, maybe I should get out more?!

Suburbia: if you only get to see one film this year go see Harry Potter 7 - it's going to be amazing. If you can't manage that then go see Burke & Hare.

Good review Mr. Blake.
I don't think I'd pay to go to the movies and see it but I might rent it on your say so.
I will expect full refund from you if dissatisfied. Only fair.
;-)

Do you know, going to the movies isn't something that The Stud and I get to do unless the rug rats are with us. So, generally we only see kid-ish movies. Note to self- change that!!
Having said that, the whole family adored Hot Fuzz and we got our own copy.

I think I'd like that.
Comic body snatching.
By coincidence I've just finished Ian Rankin 'The Falls' which alludes to the two chaps in question.

Good to know these things. Birk & Nagra for headache pills, eh? Of course I remember the Indian movie a friend and I went to see without subtitles. So what's the harm of an accent? Rubbery lips ... ah, well, maybe not for me.

I only go to the cinema to see the Harry Potter movies when they come out and am known to go to chick flick with girlfriends every so often. This movie doesn't sound like it falls into either category... Although, Daniel Radcliffe's not in the cast is he? You said just about everyone else was.

Is Ronnie Corbett still alive?? I didn't know that *my bad*

The fly in the web: if comedy body snatching is your bag this film is for you!

Being Me: he's certainly alive but whether he's kicking is a matter of conjecture...!

With all this talk of boobs and porridge and murrrderrr I've actually missed what this film is supposed to be about.

Better go back and read again!

Very Bored in Catalunya: to be honest the film is about boobs and porridge and murrrderrr...!

boobs, porridge and ale? Well there's my three favourite things I like t see in a movie. Combine that with terrible accents and the ex cast of Home and Away and I can think of nothing I would rather be doing on a wet Sunday afternoon...oh wait a minute...

Heather: methinks the lady doth protest too much... I know you're a secret fan of Quaker's porridge oats...! ;-)

On my list of must sees...Simon Pegg always quite fun...and the critics have murdered it so I guess it must be good!

Sounds interesting but I so dislike the cinema that I've been about four times in twenty years. No doubt it will get to DVD soon.

Quakers Porridge Oats? Can you send me some, sounds like what we need down here...

Mark: home cinema has many advantages... the main being you don't have yobs eating crisps in front of you and spitting on the people in front of them (usually).

Amanada: I certainly wouldn't want to send you an Snap, Crackle or Pop!

Unfortunately I rarely get out to see films much these days except animated ones made for toddlers. This sounds awesome, but I kinda doubt it'll come around here. I'll keep an eye out though. We do have a halfway decent foreign film theatre.

Organic Motherhood with Cool Whip: it's worth buying popcorn for!

What a shame it was virtually empty. I love going to the movies, the whole experience of it, but don't seem to go very often over here. Is it because dvds are so cheap?

Vegemitevix: I think it's because the financial gap between buying a cinema ticket for one night and owning a DVD for life is so small...