A Nice Bit Of Chaucer 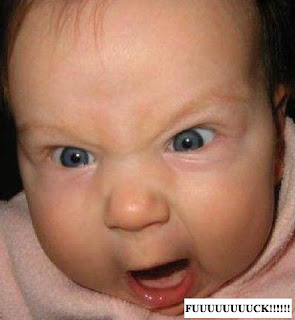 Like most of my countrymen I have a long established love affair with swearing.

Despite Irish Navvies possibly protesting the claim, I believe that nobody on this planet swears quite like your average Englishman. Possibly at one time, your choice of cuss was influenced by class and proclaimed the same but these days a Peer of the Realm is just as likely to drop the C word as some habitual fly-tipping dole-ite on Benefits Street and your average tramp on the street sometimes has more breeding than your average bank manager.

When I was at Secondary school I swore every day. It was de rigueur. It was part of the atomic make-up of the rarefied atmosphere of “hormonal teen”. More than that. If teenagehood was a nightclub then swearing was the stamp they put on the back of your hand to prove you’d paid to get in. And that you were probably too immature to be there.

As I got older swearing, for me at least, was no longer about expressing anger but expressing humour. Peter Cook might have been swearing like a trooper in the 60s but for me it was the alternative comedy scene in the 80s that awoke the realization that a fuck placed strategically into a sentence could be the source of much mirth. Suddenly expletives – not denying their inherent shock value – became a tool of comedy and humour.

And that emotional response is pretty much where I have stayed. Which isn’t to say I don’t wince when I catch my eldest boy befouling the air with an age appropriate / environment inappropriate F bomb. Or sneer when I overhear some yob in the street linking every second word he utters with a mispronounced “fock”. This is quite possibly hypocrisy but, well, what can I say but fuck you? Swearing is open to everybody but as an art form few master it properly.

Swearing is on my mind today because I have just finished writing a new Kindle book. It’s a joke autobiography and is scurrilous, blatantly un-PC, cartoon pornographic and deeply puerile and will be published under an assumed name. I had enormous fun writing it and it made me laugh out loud. My wife has now read it and it has made her laugh too. She also complimented me with the remark that it is very well written but just like my (proper) novel, The Great Escapes Of Danny Houdini, I have peppered it (or even soaked it) with the kind of language that will probably drive away a good portion of the book buying public.

The ones that say “breadbin” instead of “bastard” or “bum” instead of “arse”. The nice ones who suffer bouts of apoplexy when someone let’s rip with a “the pope be damned!”

She’s not the first person to say that. A colleague who is currently reading Danny Houdini has also admitted to me that she found the frequent bad language shocking and hard to take. She’s enjoying the story so is “persevering” but she made it sound like she was having to wade through the sewers of Calcutta to reach a promised Eden. More, she couldn’t conceive how a polite, well-spoken individual like myself could produce dialogue of such excoriating depravity. My words not hers. Because I’m bigging myself up as I took it as a compliment.

But. It does niggle me a bit.

For me, swearing is a reality. It is all around us and, really, there are far more important things to be offended by than mere language and phonetics. In literature generally, but especially in the books that I write, I like the dialogue to be real. People swear. They say the wrong thing. They say silly things. They are offensive deliberately for a laugh. They lack the education to express themselves well so swear. Or they are well educated but like to swear for the effect it has. For some, swearing is its own subculture and, like teenage swearing, is evidence of their membership to it.

But I worry that perhaps I am deliberately sabotaging myself. The gist of my wife’s remarks to me this morning are that I come up with great stories and then render them inaccessible to 50% of the population. If that is true it’s hardly a winning marketing strategy.

You see, I suspect that just as half of me yearns for artistic success, the other half of me is scared of it.

Or maybe I’m just sticking to my comedy bollockycunty guns.

I swear a lot. Always have. I know every possible use of the most versitile word in the English language. Verb, adverb, interjection, conjunction. The list goes on and on. And anyway, what's sauce for the Chaucer, is my HP. Can't get more Englsh than that.

What do you mean Heinz is American? Just fuck right off will you.

K Ville: ooh I love it when you talk dirty.

"Fock" is what the Greek playboy played by Tom Conti said in Shirley Valentine. Don't you remember? And he wasn't even swearing - he meant it literally! ("You think I want to make fock with you".) People who use the word "fuck" literally are immeasurably cooler than those who use it as a swear word. Doubly true for the word "cunt".

All that to advertise your new book. F*** me.

Barry: which I haven't named or identified in any way. So no fucking advertisement at all really.

"Leslie Lapidus could say fuck, but she could not do it."

Answers on a post card please, and NO Googling.

Keith: sorry, had to Google it.

Anybody offended by swearing deserves to be.

Oh Steve, you're a funny breadbin!

Ey Up! Bloody hell she's back.
Please would you change the URL of my site in your toolbar. Many thanks, now I'll bugger off. Great post :-)

Keith: many years ago some vicar appeared on the regional news here advocating the use of "breadbin" as a better alternative to blaspheming. It's always stuck in my memory.

I thought your swearing in Danny Houdini was appropriate for the people doing the swearing so it didn't bother me at all.
I'm more of a bugger person myself.

Trish: well bugger me with a fishfork, I'd never have guessed that about you!

You shouldn't ever self-edit, not out of fear of what other people might think, you KNOW that, Steve. Your ideal reader should be yourself: if you enjoy it, that's all that matters. After all, you're going to read it more than anyone else does (in the process of redraft after redraft).

Besides, as I'm sure someone else will have commented before me: if they don't like foul and abusive language, fuck 'em.

Rol: absolutely. But you know what it's like. Someone offers you an opinion on your work; you want to hear only good things but they offer a criticism and, despite yourself, you take it momentarily to heart. I'm over it now. The sweary, real dialogue is one of the things I am most proud of. If people don't like it... as you say.