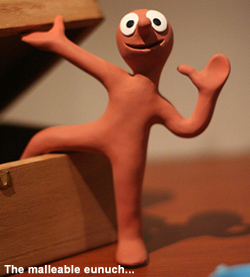 I’ve only got to think of Tony Hart and I hear the tones of a lovingly polished xylophone reverberating smokily within my mind. Similarly I’m also presented with the mental image of a rather debonair, slightly effeminate uncle type figure smiling above a well turned cravat, waving a chisel shaped marker pen around nonchalantly in the air. That same marker pen would then be directed, both carelessly and lovingly, around a humongous sheet of coloured paper, conjuring out of nowhere the fabulous outline of a ballet dancing elephant in swimming trunks.

Forget Paul Daniels and The Great Soprendo – this was magic for me as a kid.

Tony Hart had a quality that few kid’s presenters these days even know exists. Johnny Ball had it. Even, dare I say it, Keith Chegwin had it. A genuine enthusiasm for the TV task in hand – for having fun – for engaging with children and extracting as much positivity from them as possible. There was never anything patronizing about Tony Hart. His “Gallery” was just as likely to feature a finger-painting by a kid with ADHD as a work of genuine art by a child genius.

There was never any pressure with Tony, either. Art was fun, to be enjoyed. Just give it a go. It doesn’t matter if you mess it up. Each week he’d roll out ideas for creating art work out of the most basic of household detritus. Yogurt pots, newspaper, plastic bottles – all the things that any kid could lay their hands on without much effort. Art wasn’t an elitist activity. It was for everybody.

I can recall my A level art teacher being rather scathing of Tony’s credentials one lesson – his contempt no doubt had it roots in the way Tony had attempted to popularize art and make it accessible for the masses. This wouldn’t do at all. Art was for the brave, for the special, for the tortured and for the worthy.

Not for kids with bottle top glasses and snotty noses.

Tony died over the weekend. 83 years old. Not a bad innings as it goes. Everyone I’ve spoken to about it today has responded with genuine sadness. It really is like losing a favourite uncle. When I think of Tony Hart I think of Morph (in the pic above), that defiantly hackneyed cravat, glorious summer holidays and that all too brief very childish belief that I could do absolutely anything at all – provided, of course, it required the use of a sheet of a A4 paper and a Stabilo Boss marker pen.

*Gives thumbs up* in spirit of cameraderie and fellow feeling...

Yes, RIP Mr Hart. He had a good innings though. Morph and Chas were hilarious too!

And you remember "Vision On"? Freaky...

Hello there OC, actually I never ever saw Vision On... I was a pure Take Hart boy and seemed to recall one of his "helpers" was a handiman called Mr Bennet. And wasn't there a character called Nosey-bonk too?

Mr Nosey-Bonk was on Jigsaw. Charlie Brooker did an hilarious nightmare skit on him in his recent Screen Wipe on children's TV.

I remember Vision On. Wilf Lunn and Sylvester McCoy were on it. I'm pretty sure The Gallery featured on it too.

Maybe this is one of those occasions when I should keep quiet? I was too old for Take Hart but found Vision On very frightening for some reason. I used to run out of the room when it came on the TV.

So I don't have any fond memories at all. But it is very sad that he has died since he obviously meant a lot to a massive number of people.

Mr Clearbrook, I sit corrected and thank you for your erudite illumination. Jigsaw does sound vaguely familiar though apart from the aforementioned Nosey-bonk I can't recall anything else about it. Time for some Google based research methinks...

Ah Gina, you missed out with Take Hart - such a warm, pat-on-the-back kind of show for every kid that watched it. Vision On sounds like early Doctor Who episodes... which is almost a recommendation! I really can't imagine Tony Hart being scary...!

didn't know of his work but i can say by your description he sounded like someone i would have gotten along with and shared ideas about art for the people not the privileged as it goes over here...good on you for remembering and keeping his thoughts alive...it's now your challenge to ensure your children are afforded the benefit you had...parenthood gotta love it!

With any luck, Daisy, the BBC will release some classic episodes on DVD and then the kids can enjoy the Tony Hart art experience for themselves... and I can reminisce about the good old days and remember my own childhood... (and mentally regress)!

So sorry about Mr. Hart Steve.
He sounds wonderful. Hearing about him reminds me of my art teacher in high school. He encouraged every student to take his course and was never judgemental.
What a great guy - your Mr. Hart. I'll bet he really had a positive impact on a lot of people.
:(

Sweet Cheeks, I suspect he was that rare thing within the TV industry - a genuinely talented, genuinely nice guy.

They broke the mold when they made Morph... and his maker.

Aw... it is sad news indeed. I have fond fond memories of Mr Hart and 'Vision On'. Considering it was designed for deaf children, the programme was a huge success for hearing children (and adults) too! Yes, I remember Take Hart, particularly that lovely vibraphone music, though I was in my late teens and early twenties when that was broadcast.
Nice post again Steve :)

Thanks Annie - much appreciated! ;-)

Tony Hart was a good thing. I adored Morph, and had a go at that sort of lapse animation myself when I first bought a cine camera. It was inappropriately violent, as far as I can remember. I notice you can now buy 'Make your own Morph' plastecine kits, complete with dvd. Want one.

So do I, Brother T. Can you get Chaz aswell?

I'm WAY behind the times re my tribute but love yours Steve!

Though I must confess I did not know what 'effeminite' was at the age of 7. And actually he was happily married for over 50 years until he lost his beloved wife 4 years ago - who incidentally wrote an episode of Z-cars.

And he did have to distinguish himself from David Attenborough with all those blue shirts and cream slacks with the cravat.

Wow, Laura, I must admit I had no idea he was married and for so long too. Do hope he had kids - he would have made a great dad (as well as style icon).

Many institutions limit access to their online information. Making this information available will be an asset to all.

Research Paper: and what the hell has that got to do with my blog in general or this post specifically?