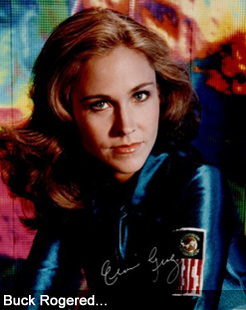 So is this a proper winter?

There’s been considerable debate in our house.

Well. Karen mentioned once that the temperatures this year have actually hit freezing a few times rather than just being “a bit chilly” and I grunted in reply that they still haven’t approximated anywhere near the arctic winters that I remember from my childhood.

But thinking about it I can only really recall one particularly arctic winter from the 18 or so that constituted my pre-adult life...

*(adopts West Country pirate-like accent for no good reason whatsoever)* Aar, it were the winter of ’82 and us young uns had to be carried through the mile high snow drifts like new born lambs in the arms of the bare-chested, ruddy nippled menfolk lest our poor shoeless feet should freeze solid like the last packet of rissoles at the bottom of the meat freezer at Iceland...

I think 1982 sticks in my mind because it was my very first year at Secondary school (the “big school”) and I had to tramp a mile or so there and back on foot which back then seemed akin to some poor African child walking 15 miles to fetch water from a bore hole and slay a gazelle or three on route, skin it and bring it home pre-butchered and ready for the village cooking pot.

Really I had no idea I was even born.

But the winter that year was genuinely very bad. A proper winter in every sense of the word. Snow that was several feet deep and lasted for weeks. Icy winds that froze ponds, streams, canals and rivers solid. Loads of days off school because either the boilers broke down or not enough staff / pupils made it into school to make a normal school day viable. And so bleak and grey outside that it seemed as if the sun had fizzled out completely like Jim Davidson’s telly career.

Going outside was frequently not an option that winter. I can recall in particular having to work hard to bend my parent’s arms to allow me to go for my usual Saturday morning walk to the papershop (we call them newsagents now) on a morning when the overnight snowfall had been extraordinarily heavy. Not going out that day was not an option for me. You see, every Saturday during this period I would religiously go to the papershop in the morning and hand over my hard saved cash – a piddling amount by today’s standards – to purchase a couple of packets of Buck Roger’s In The 25th Century sticker album stickers. I was very close to completing the album but the one sticker that I was most desperate to have and hadn’t yet acquired was the portrait of Colonel Wilma Deering that was to go on the very first page alongside Buck Rogers himself. My 12 year old self was very much taken with Colonel Wilma Deering – played by Erin Gray – and watching re-runs now it seems clear to me I must have had a thing about rather austere looking women with steely blue eyes and a slightly cold manner... though I will say she did look bloody fine in those tight jumpsuit things that they constantly crow-barred her into.

Crow-barred? I do hope not. I’d like to think that perhaps they oiled her up instead in order to facilitate her body’s smooth entry into that 1980’s smooth warm white Lycra... ahem. Oh yes. Where was I?

Well, this particular Saturday I finally got that much sought after sticker and it was fabulous. It was worth battling through snow drifts that were so high they swamped my wellies. It was worth enduring the biting cold that ate through my finger gloves like Kerry Katona eating her way through the last rissole at the bottom of the meat freezer at Iceland. It was worth the whole God damned ice blasted winter.

I still have the sticker album and no, it isn’t complete. I think once I got Wilma my incentive to buy the packets of stickers each week suffered a loss of impetus. I’d got what I wanted: Erin Gray in a tight blue futuristic zipper top smiling sardonically to camera. What a girl. Hard as steel but gorgeous enough to make the coldest of winter snows melt.

Which of course they did. Eventually. Leaving the world a rather grey, limp and drab place in its absence.

Now that folks was a proper winter.

It was so NOT a mile to School, you drama queen! And Princes St was further away, I had it harder than you, so there. 2 weeks of sledging on Campion Hills - guaranteed.

I hear we are in for some arctic weather soon though.....which where I live, can be quite tricky! Maybe I will hibernate....

I confess, I loved Buck Rogers. I was a faithful watcher of the series. I'm jealous you had stickers...I would have collected those too.
:)

Tris, well it felt like a mile on my thin, impoverished, rickety legs and the Camps were just too far outside my social radar fo rme to benefit from any traditional snow pursuits. I've never been sledging in my life. So in a way I've had it harder than you. I ain't never had a proper childhood *sniff*

Justme, hibernation sounds a wonderful idea and every winter I fervently wish that I could do it...

Sweet Cheeks, it was the highlight of my Saturday for a while... buy the stickers in the morning, watch the show in the evening, and relive the episode in my imagination the next day. A simple life but good.

My favourite character on Buck Rogers was the hawk chap they picked up during some kind of galactic sojourn. I thhought he was cool at the time, but I suspect I'd now find his feathery hair vaguely embarrassing.

Hi Tris, I recall the hawk-man though can't think of his name (it was something appropriately monosyllabic I'm sure). He started off as an enemy of the human race because they'd wiped out most of his race but, of course, good old Buck brought him round and he ended up being a staunch ally... though hardly the life and soul of the party. I seem to recall that he looked weirdly like Alastair Darling - white feathery hair and beetle black eyebrows. I wonder how he washed the guano out of his tail feathers...? Hawk-man that is, not Mr Darling...

I don't recall 1982 being particularly bad but then I have a rubbish memory and I was a soft southerner anyway. We don't get proper weather down here.

I love snow and usually I am desperate to get some so we can go out sledging and ski properly on the dry slope but not next week. The last thing I need is to get stuck in the snow and miss my flight. So no snow till Wednesday please.

I think snow is definitely due in most places towards the end of the weekend but I don't think it'll be particularly hard or persistent, Gina, hopefully you'll get away ok. And I doubt very much that you'll see any snow where you are going! Hope you have a fantastic time and a safe journey - you'll be missed on the Bloggosphere!

Must have been a strange year weather wise as my wedding was July '82 and it was the hottest summer for years...Auntie fainting at the reception (Radford Semele village hall) and many years before my mum went into labour with me at a Bonfire night party on Campion Hills....I have lots of memories of hot summers and snowy cold winters in Leamington as a child but is that because the weather was so hot/cold then or just a childish memory?

here the schools closed (so far) a total of 6 days because the wind chill was below -30F and frost bite if exposed for 15 minutes would occur...we've had snow since...oh shit i don't remember when we didn't have it this year, seems like forever...i'm just trying to get past february because that is when we had that really bad blizzard, then the bad ice storm...*keeping fingers crossed*

Daisy, I have to admit your winters makes ours - even the bad ones - look like weak-kneed second class paltry affairs!

Amanda, hope they never catch up with you - hope the new identity fools them. ;-)