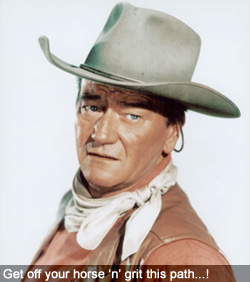 There is a lack of grit in the UK.

It’s all over the news. Local authorities in the Midlands are already completely out of it.

So there you have it folks. Clear and undeniable indications that the country has gone to the dogs. Standards have fallen. The Dunkirk Spirit is no more – oooh it’s much to cold and wet, I’m staying right here, girlfriend...

The UK has lost its grit and we’re running low on that hardiest of stand-bys: the salt of the earth.

All that’s left are the whingers, the ne’er-do-wells and the people-with-the-best-of-intentions-but-no-motivation-to-see-it-through.

The nation has been broken by a little bit of snow.

Back when I were a kid in a land that smelled and sounded like a Hovis advert we didn’t let a little bit of the white stuff hold us back, oh no lad. I’ve already reminisced in a previous post how, a mere 25 years ago, even in half metre drifts of snow, people still battled into work and kids still battled into school with no real expectation of scamming a day off.

In fact the only time my school closed in bad weather was when the boilers broke.

Fair enough. Can’t argue with that.

But when the boilers were working the school was able to function as normal and people made an effort to get in despite the snowy conditions – to carry on as normal, to keep the wheels of industry turning. To not be defeated by a little bit of weather.

Not so now alas.

Now, the slightest flurry of the most fairy-like of snow flakes will see people inhale sharply through their teeth, shake their heads in mock sorrow and exasperation and unravel the control leads to their PlayStation / Xbox in preparation for a couple of days at home, “snowed in”, while the country grinds to a comical halt once more (though it’s funny how we expect the gritting crews to still get out there and do their job, isn’t it?).

Yes, we’re all snowed in. We can’t possibly risk our lives getting into work or getting into school. Not in all this snow and ice. Might catch pneumonia. Or frostbite somewhere nasty. Or, like, just really painful chilblains.

Which is why the town yesterday was full of people of all ages, all playing out in the snow, all dressed in their best protective winter gear. Everywhere you looked there were snowball fights, sledging, snowmen and preposterously appendaged snow-women... and people dressed up quite comfortably like Sir Ranulph Fiennes. It was a real winter wonderland blah blah blah.

It seems to me then that the snow doesn’t really stop us doing anything very much at all if we actually set our minds to it... Just the stuff we don’t like doing... like, for example, going to work for a living.

Except this isn’t down to the snow, folks.

This is down to the lax and lazy attitude that has infected this country from the last generation downward. Suddenly it’s ok to be lazy, ok to take the easy way out. People who battle into work regardless of the conditions are seen as idiots and foolish. Why bother? Hard work and dedication are plainly rubbishy attributes for any man or woman these days and you’d best ditch them bloody quick if you want to fit in with the new laid-back modern world.

Just put your feet up. Relax. What’s an education and a work ethic at the end of the day? Look – daytime telly! How often do you get a chance to watch that? Go on. Treat yourself. Nobody else is bothering to turn in today. You’ll be the only nerd in the office if you go. Good lad. Stick the kettle on. The kids’ll enjoy a day off. It’ll teach them a valuable lesson. Or something.

I was listening to a discussion on the radio this morning. It was mainly about those yellow roadside boxes containing grit.
The problem was that the spokesperson who was speaking up for the grit could only say gwit, gwitty and gwitters.

Reminded me of Monty Python and 'Welease Woger'.

Kaz, the spokesperson wasn't Cawol Thatcher, was it?

I feel the same. Back in the day we never missed a day's work, though we'd only one clog between us. If the car wouldn't start we pushed it in, eight mile, mostly uphill. Mind you, I've just watched a report about employers requiring people to take a day's leave. Bet that dusting of icing sugar suddenly becomes less of a problem...

Yeah our wily bosses have been doing similar here - taking a "snow day"? Well, we'll deduct a day's paid holiday from your record for this year. I think this is pretty fair and, hand on heart, I am not having a go at people in genuinely inaccessible places who can't get in... but those people are in a minority I'm sure. It's ridiculous that our modern metropoles come to a stand still when the snow hits the fan...

Okay, bearing in mind I am not there, could it be this is just a by-product of your earlier post on the insanity of the busy-ness of our lives.
Granted the 'hovis ' days were 'ard, but aren't these days just a different sort of 'ard?

Maybe people are saying, 'great I really need this break, I will accept Mother Nature's gift and enjoy this day of sloth with my family, because the grindstone will be there waiting for me when the snow melts'.
And, yes! How do do the 'gwitters' get to their 'gwitting' machines. LOL.

what brother T said.
oh and it's sweltering down here.
(should change my username to skitey katie)

More to the point Missbehaving, why do people moan when the gritters don't get to their gritting machines if they hane no intention of going to work themselves...? ;-) I think life has always been hard and will always continue to be so - it's not necessarily a bad thing in itself - but bad weather in the UK never used to be the straw that broke the camel's back. We used to just shrug it off and get on with it, get on with life.

Hi Kate, now sweltering heat is genuinely debilitating. But I bet no-one is using it as an excuse to cop out of work!

Just before I left the UK I saw a guy in a pickup truck stealing all the grit out of the yellow box thing at the top of our hill. Bastard!

I am not sure about the trekking into work thing. We get so little snow in the UK that it is cool to just enjoy it and chill out. Work happens every other day - well, other than the days its too hot, or flooding or we have a cold, or bird flu or whatever.

Has the stuff not melted yet??? Trust me to miss the best snow in decades.

The stuff hasn't quite melted yet - at least not in the residential areas. The town is pretty normal now... though freezing weather and more snow on Monday have all been forecast. Could it only be last week that I was reminiscing about the proper winters of old?!

The local news said it was Yorkshire Grit that was being used. As I live with a Yorkshire grit I was happy to hear about him on the news.

If he could spread himself around he'd be a popular man at the moment...! ;-)

How funny that you should write a post on that subject and with that title - I was musing to myself the other day, that if I was still writing blog posts, I would have come up with one called "True Grit - not!" And like you Steve I can't believe that no-one has bothered to clear or grit the roads or pavements properly with all the bad weather around us - they've been a deathtrap! This country is going to the dawgs!

OC, I can't believe that with all the forewarnings so many local authorities allowed their supplies of grit to get so low! At the end of the day it's a evidence of a monumental lack of foresight if nothing else! As for the dawgs - they're already running the country I'm afraid and peeing our money up against the lampposts!

Maybe, day time TV is SO exciting (not), that we can't resist an excuse to stay at home to watch it?!!

I love it when the kids have a snow day. My workplace runs despite the weather. And if anyone can't get in, they are retreived by 4 wheel drive trucks or even snow machines our co-workers have that work there. Sheesh!
A rough crowd I work for...
:)

Suburbia, you may be right... I find the pull of Phillip Schofield hard to resist even now. ;-)

Sweet Cheeks, that does sound tough - your workmates come and get you if you don't turn up?!? That's a step too far!

Yeah, but it's dangerous out there - you might slip and break your ar...


Oh, forget I said anything.

I have to say that on the odd days when it snows hard here, everyone is hanging about hoping for the working day to be cancelled. What stuffs it for us hardy, work and be damned types, is the schools who turn the kids away at the gate cos its snowing and the teachers who make it to work might not make it home. Riiight. Where's the sense of adventure, oh I used to dream of being snowed in AT SCHOOL. Imagine not having to go home and do the tea dishes with your borther?
Ignore me. I have heat stroke.

Well written post :-) On another note, it sounds wonderful to be a kid in a land where it snows! :-)

Amanda, what is the world coming to? You have heatstroke and I'm suffering from exposure... I need some of yours and you needs some of ours. Fancy a part exchange weather deal?

Hi Eve, it is very magical when it snows and everywhere looks like a Christmas card. Unfortunately the magic wears off once the snow turns to ice and/or brown sludge!

I have a fireplace full of grit if they'd bothered to ask... In fact there's my personal contribution to Dunkirkness - if we already have green bins for recycling etc, why not have a grey bin for grit? To be collected by the council on a regular basis and stockpiled against just such an emergency as this? God I really do have too much time on my hands, don't I...

It sounds like you have too much grit on your hands too! I don't know - here am I bemoaning the nation's lack of grit and all the time you had it all. How are you at shooting 4 cowboys off their horses singlehanded? Or failing that can you just come and grit my path?