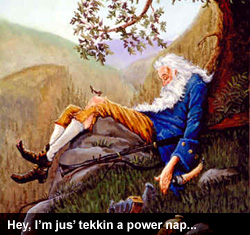 The call came through late yesterday afternoon. “Man unconscious on the floor of the baby change.”

I put the phone down with a weary sigh and performed a precautionary save of the revolutionary Word document I’d been working on all day which described a plan that, if implemented immediately, would save the council millions of pounds in these cash strapped times (sack ALL the managers and the executives. To be honest I’m not sure if my bosses will be willing to embrace this radical approach – curse them and their shortsightedness).

Great, I thought. Another vomit laced drunk with a scabby top lip and trainer bottoms that have failed to act as an emergency colostomy bag. I’ll have to call out the paramedics to scrape him off the floor.

I headed downstairs to investigate and for once was pleasantly surprised to find a young man in his early twenties merely asleep on the floor of our topnotch (cough!) baby change facilities. No smell of booze. No smell of vomit. No seepage of bum gravy warranting calls for BP to come in and clean up the immediate environment.

He was just asleep. Sound asleep. Breathing deeply and contentedly. His head lying on his carefully folded jacket and the nappy bin strategically placed between his head and the door so that should an unwary mother with a pewling toddler rush in to avail themselves of the baby changing mat he wouldn’t wake up to find his brains had been twatted out of his skull and splattered up the wall behind him.

Some considerable thought had obviously gone into this.

Although the phrase “let sleeping dogs lie” came into my head he just couldn’t stay there. This is a baby changing facility not a doss-house (Leamington’s drunks please take note).

So I tried to rouse him. I tried calling politely. I tried calling rudely. I tried shouting like Gerard Butler in 300 (this is not a youth hostel – THIS IS SPARTA!) but ol’ Rip Van Wrinkle wasn’t waking for anyone or anything. I even tried the old armpit poke but that had no effect whatsoever. He was so deeply asleep he was in danger of being kidnapped by 7 dwarves.

Part of me felt envious. As someone who is continually woken before 6am by my eldest boy bouncing action figures of the metal bars of his bunk bed I admired this youth's ability to shut out all external stimuli and remain furiously, passionately asleep.

Another part of me just thought he was a git and I therefore rang the police to see if a bit of politically incorrect truncheon action might encourage him to move on to his own bedroom or at least the nearest furniture store.

The police were amused and said they’d send someone out as “a priority but not an emergency”. I don’t blame them. It was plain this guy was in the best of health. He was just asleep. Asleep on the cold hard floor of a public amenity immersed in the sweltering odour of about 30 overflowing nappies.

While I waited for the police I thought I’d give waking Mr Sleepyhead another go. I returned to the baby change. I saw the sink in the corner and inspiration struck. A good handful of ice cold water was summarily dropped at great height straight onto Coma Boy’s head.

Boy did he wake up. I stepped back just in case he barked but he just looked nonplussed. He wiped his face and looked around at the immense puddle that had suddenly formed around him. I could see his brain formulating the question but thought it best not to be too forthcoming as to the source of the deluge.

I checked after his well being and suggested he move on. With much grunting (that surely only his mother could love) he concurred and shambled from the building a darn sight cleaner than when he came in.

I returned to the phone and called off the fuzz. I then returned to my Word document and felt... strangely buoyant. Strangely wired. It had been fun. I’d enjoyed it. Tipping water onto someone. Hmm.

Dear readers, I fear a cruel appetite has been awoken in me. Should you ever find yourself in my neck of the woods suffering from exhaustion or even narcolepsy don’t expect any sympathy or understanding from me. You see, I’m just waiting for the call. I have a large bucket under my desk now and a 2 litre bottle of water in the fridge. It’s chilling nicely.

And it has your name on it.

you get all the best jobs, huh?

Ahh, yes. Even my back feels less stressed, that you got to relieve a bit o' tension this way. Novel! Don't forget the ice next time.

Being Me: I'm considering experimenting with Ribena, paint and on occasion lighter fuel. What do you think?

Being Me: glad you approve!

Damn...I feel sleepy at my desk today, but don't dare nod off in case you ad your bucket materialise..

Nota Bene: don't turn round... I'm right behind you!

My dad was a demon with a freezing cold, wet flannel on the face when he wanted to get us out of bed. Bastard! :)

You want to be careful keeping a bucket of water beneath your desk - you'll be given the windows to clean next.

Can you bring your bucket and your evil sense of humour to my house Monday morning around 7:15?
Thanks. Appreciate it.

Previously (Very) Lost in France: I shall wait till my boys are teenagers (when the effect will be the greatest) and give it a go myself...

The Dotterel: what do you mean next? P.S. I also do house clearances and skip hire if you're interested...

Readily A Parent: will be there at 7am prompt. If you can give me access to mains water I can bring a hosepipe as well.

Have you been colluding with husband? He regularly thinks he's bloody hilarious by throwing water over me when I've merely dosed off watching Soccer Saturday. Oddly enough, I don't laugh so much.

Very Bored in Catalunya: I thought all husbands did this? It's in the marriage vows I'm sure.

I worked in a Recruitment Agency once. A drunk shambled in, lay down across two seats and fell asleep. when we woke him up, the bastard rolled over and barfed all over the floor ...

The reason you enjoyed that so much was that this cruel streak is alive in all parents. It just normally stays dormant until your son is a teenager.

Curry Queen: my shoes obviously had a lucky escape...!

I would have hung around for the 7 Dwarves! Maybe you could prowl the streets at night, jug of water in hand casually tossing it over sleeping tramps in parks - now there's a new craze to start up. It could be as much fun as sheep tipping!

Kelloggsville: brilliant idea. And should they get the police onto me (as if) I could say in my defence that I was just offering face washing facilities. I could even carry a cut throat razor with me and shave them... er... perhaps not. Getting far to "into" this now. Ahem.

I shall remember this next time I nod off on a bench in Leamington.

Flannel, cold water, face.
Four words the mention of which easily rouses our two teenagers out of bed! Great post.

Suzanne: it makes you wonder why anyone went to the trouble of inventing alarm clocks, doesn't it?

Oh, the ol' water torture trick!!
He's certainly to sleep that deeply. I can recommend earthquakes and aftershocks as an antidote for that! (just had 3 biggies in the space of 20 mins...yuk! They felt worse cos they were centred within 5kms of the city)

Amanda: I guess being forcibly woken up is the last thing you need at the moment - a peaceful night's sleep sounds the thing most desired!

Water boarding next?
You could apply for a grant for the equipment....

The fly in the web: where do you think I learnt my technique? MI5 were most accommodating.

Poor guy! Seriously if he was sleeping like a baby then why couldn't he put his head down in the baby-change? I once kipped down (in my youth) on the floor of a train between the last row of seats and the toilet cubicle. Being slightly smaller than I am now (read slim and pre-babymaking days!), I was very cosy. So pleased wicked Steve wasn't on my train! x

Vegemitevix: you'd have been perfectly safe. For some reason RailTrack won't allow me to carry a bucket of water onto their trains. Can't think why. ;-)

You would get along splendidly with my dad who used that method regularly to wake us as children.

How odd to settle to sleep in such a place. I wonder if you might draw on his face without awakening him next time? I have also heard that Super-glueing human parts can be entertaining. My last variation would be to buy live crickets from the pet store (sold to feed lizards and such) and introduce a little creepy-crawly to his dream scape.

English Rider: you and I have just got to work together.

It's your line "that surely only his mother could love" that had me smiling, nice work

LöstJimmy: and I meant it in all sincerity.