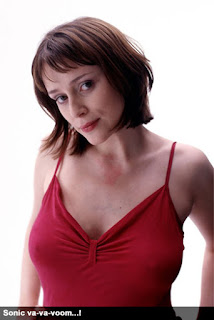 I don’t, as a rule, like other people’s music.

This is a conclusion I have reached through a lifetime of empiric research.

“Other people” – certainly in Leamington Spa – invariably have poor taste, play 'up' and 'slow' tempo songs at times that are not appropriate to my mood or are white and like to think that below the surface they are Dr Dre’s main man and spiritual bro.

The above facts, on the whole, do not impinge on my life too much or cause me to impinge on others.

Except when, as happened yesterday, I was walking down the street minding my own business when the keys in my trouser pocket began to oscillate to some kind of sonic disruption that was fast approaching me from the rear.

I felt the car’s approach long before I heard the actual music and longer before I heard the tinplate rattle of the engine. I swear the air shimmered in a sort of heat haze halo around the extremities of the vehicle. Like some kind of vibrato field had been created that would pulp anything solid that dared to cross its boundaries. Anyone with gallstones in the immediate vicinity would have found themselves instantly cured.

That last is a God's honest actual fact.

The whole episode just made me want to sneer out loud. In fact I probably did precisely that but nobody heard me, not with the blood still pouring out of their ears.

Why do people do this kind of thing? Why? It is invariably men that do it which leads me to think that testosterone is a contributing factor. Are these tectonic plate shifting mega-rumbles the human male’s equivalent to birdsong and stags flexing their bruising antlers? Are women attracted by the possibility of having their DNA granulated at the quantum level by the bass line of Showaddywaddy’s “Under The Moon Of Love” played at a decibel level that can actually be heard on the moon?

Is that what women go for these days? Having their atoms split open by a sonic scalpel?

Is this both safe sex and its soundtrack?

Once my eardrums had returned to their normal concave state I really wasn’t sure if I was coming or going. I only knew that the earth had moved for me and I was still not at all satisfied.

Actually, I'm trying to hang onto readers so, you know what? Whatever floats your boat. ;-)

RB: long time no hear... I thought that pic might bring you momentarily back out into the blogging open! ;-)

He'll be sorry when the tinnitus kicks in.....have a good weekend.x

I'm totally in agreement with you. But isn't that what our parents used to say (perhaps less eloquently) we we were 17? Now there's a depressing thought.

In the jungle we say, "Let he who makes loud noises smell my fart". It's our version of turning the other cheek.

So that what is causing the earthquakes here....

Craig: I had already turned into my parents by the time I was 17.

Gorilla Bananas: I doubt these guys would smell my farts above the lingering odour of their cheap aftershave.

The fly in the web: or, indeed, globally.

In my day I've been known to drive around in my old VW Polo with Dire Straits "Sultans of Swing" and the resulting sonic boom demolishing 1960's high rises. I once left a Porsche standing at the lights as I stunned the driver with a blast from Culture Club.

No need for electric windows - the rapid hand action was a marvel to witness. If anyone questioned the sound level it was Bob Marley they had to answer to.

Marginalia: Dire Straits, Culture Club and Bob Marley? Man, but you were a crazy dude!

A boring but nonetheless true fact from us in the Antipodes - the majority of young people entering the workforce already suffer a degree of hearing loss - from this very kind of thing.
There used to be a car go past our (now munted) house every morning around 6am, we hused it as an alarm clock in the end!

Amanda: eh? What ya say?

'That last is a God's honest actual fact'. So does that mean the bits before it were fibs or exaggerations? Will have to think of another way to cure gallstones now...

Trish: I prefer to see them as artistic embellishments or creative verifications...

I have a feeling that I may have been guilty when I've had a couple of soft top cars and still have the music up a bit louder than I ought. So apologies to everyone's ears I have offended when playing Cilla Black....

Nota Bene: I sincerely hope it was "Anyone Who Had A Heart"...