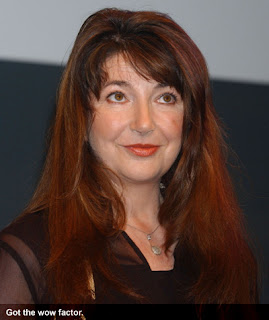 When do you officially start being a fan of someone? When you first buy one of their records? Or when you first hear one? If the former, I have been a fan of Kate Bush since I was 15. If the latter, since considerably earlier though I’d be hard pushed to nail down the exact time frame. I can vaguely remember hearing Wow on the radio and loving it and then later Babooshka and Sat In Your Lap. But I didn’t start buying records until I was 15 and had finally embraced the largely teenage ethos of “owning music”. Running Up That Hill is one of the first records I ever bought alongside Prince’s Paisley Park. Funny how Prince hasn’t really stood the test of time but Kate Bush seems somehow eternal.

I got into record buying in a big way from then on. It’s fair to say I moved from record buying to record collecting in the space of a few years. I loved the thrill of the hunt; winkling out golden oldies and rare vinyl; visiting musty record fairs and even mustier basement shops. Before long I had accrued original copies of Wow, Babooshka and practically everything else that Kate Bush had ever composed. In fact, bar a couple of very rare 7” singles I have practically everything. A 99% complete collection.

Including, of course, a video of her much celebrated “tour” at Hammersmith Odeon in 1979. Her one and only live music tour. In my heart of hearts I’d kind of accepted that, bar a miracle, I would never get to see her live. The possibility of her ever performing more live dates was slim at best and a fool’s dream at worst. It’s just the way it was. Like most of her fans I was just grateful she was still producing music that was as ground breaking and thought provoking as it ever was.

I would never get to see her live. And I accepted it.

News of her suddenly announced concerts for later this year flooded the news pages last week. I had an email announcing the dates from KateBush.com last week and had to read it three times before it sank in. Kate was actually going to perform a string of live dates. Finally. A miracle. It was fairly obvious this was going to be a once in a lifetime opportunity. I can’t see her announcing more dates in the years to come. It was now or never. I had an early access code from the site which meant I could try for tickets on Wednesday before they officially went under general release today. It seemed a gift horse.

Gallingly, technology let me down. I came within a cat’s whisker of getting decent seats before a PC failure ruined my chances. And that was it. My best chance gone. The advance tickets had all sold out within 30 minutes.

I haven’t felt so crushed since I was a spotty teenager. Which is probably rather apt.

My only chance now was a forlorn hope. Trying today, in competition with the whole world, when the general tickets went on general release at 9.30. It was going to be one hell of a mountain to climb, with thousands of others doing their best to knock me and everyone else off the north face. The wife and I went for a 2 pronged separate attack. Telephone and PC, using every technological trick at our disposal. We knew of other friends who were seriously going to have 4 PCs on the go at once with several tabs opened on each. Desperation of the highest order.

Chances of success were minute. And this was confirmed almost immediately by the phone line effectively redirecting us to the web site as the operators couldn’t cope with the amount of traffic and the web site hanging and hanging and hanging, pushing us into a virtual waiting room where we seemed to be repeatedly forgotten about and ignored. Ten minutes in tickets were already being flagged up as “unavailable”.

In a last ditch attempt I went for anything – absolutely anything, the last option that was available in fact – and ended up plumping for a high end “hospitality” package; a luxury pre-concert party-come-meet-and-greet at St Pauls Neo Gothic Church opposite the venue with a sumptuous hamper and brochure thrown in before being escorted to the venue and our seats. No doubt the price had dissuaded many and I had little hope we’d get a bite at this particular cherry anyway. Competition for tickets was evidently insane.

Ordinarily the massive price would have dissuaded me too but, you know what? It’s not often Karen and I award ourselves a big treat. I don’t think we’ve ever really done it, in fact.

So we thought sod it.

I clicked “buy” and fully expected the site to hang and then throw me out onto the street with apologies.

It gave me an in.

And a countdown. My tickets would be reserved for 7 minutes while I filled in various online forms to set up an account with the venue and then go through the payment process. My typing was suddenly appalling but I did it.

2 tickets for Saturday September 27th. Booked. Confirmed. Finally, Kate and me in the same room together. Albeit a very big room with thousands of other people in it too. 2 tickets that are mine.

It’s going to take months to pay off the credit card bill. But what the hell. For me this is an event that I thought would never happen. As sad it sounds I would have been truly gutted if I had been unable to get tickets and the whole thing went ahead without me. Not that I’m an essential component, you understand.

Right now the wife and I are shaking, wondering what the hell we have done. We’ve spent the price of a small holiday on 2 concert tickets.

Kate Bush is playing live and we’re going to be there.

You know the saying:
"You can't take it with you."

Bloody brilliant! I'm feeling so excited for you.
You will remember this for the rest of your life. Enjoy!

Trish: thank you. I still can't believe it's real, especially in the face of so many who were disappointed.

I'd totally forgotten about that tall, willowy woman with the high-pitched voice. She's got balls thinking she can still reach the high notes after such a long absence. I hope she doesn't disappoint you...and you don't disappoint her.

Gorilla Bananas: if I retain my usual form she won't even know that I'm there.

Once again the evidence that we are in fact the same person, separated at birth mounts up. I too have been a fan of the Bush since spotty youth.

Well no actually, not the same person, because you managed to get tickets, YOU JAMMY BUGGER !

You will have to go for me.

Keith: to be honest I'm kicking myself for not ordering the maximum 4 tickets. I reckon the wife and I could have acquired another couple of people to go with us easily.

But it's Kate Bush! If that isn't a reason to be irresponsible and pay an exorbitant amount, I don't know what is. Brilliant! You are living the dream of many. With a hamper, no less.

I have this gorgeous image in my head of you two and the lengths you went to. It goes something like this...: https://www.youtube.com/watch?v=-VujGNQpRjQ

Being Me: bizarrely winning a Golden Ticket was definitely another analogy I thought about when composing this post and, from the reports I have read, the entire ticket awarding process was something of a genuine lottery. At the end of the day I did nothing that about a million other people did. I just got lucky and that's the bottom line. As it's sunk in I've become more and more grateful and glad. There are so many heartbroken people out there who didn't get tickets and ticket touts now selling tickets for truly extortionate prices... it makes the price I paid at the box office seem very reasonable.

She's fabulous, talented and unique. Yay for you.

English Rider: I must admit to experiencing a growing smugness in my soul.

In that photograph she looks Aunt Sally out of Worzel Gummidge. Why did you chose that one?

I'm told tickets are going on the secondary market for a couple of thousand. I'd be tempted. But not you: but then you a man with the child in his eyes.

I hope most, but not all, your teenage fantasies are fulfilled.

I read about your success on FB - AM VERY JEALOUS!!

Marginalia: my wife has similar reservations about the picture but I think she looks lovely. My teenage fantasies are many and manifold and involve a cast of hundreds. However,Kate Bush has always been top of the list.

Suburbia: thank you. I will strive to be ever so humble.

Go for it!! So far this year I missed Bruce Springsteen tickets - they were sold out within 3 minutes mind you I could not justify paying scalpers $500 a ticket, so I will just live with youtube and my cd's LOL

Vicky: one of my mother's biggest regrets is never seeing Queen play live before Freddie died. Hopefully Kate will be around for decades to come but I really doubt she will play live again... for me this is a total no-brainer. And although the tickets were expensive they are nothing compared to the ones the touts are trying to sell online at the moment. I paid a fair price and it'll be worth every penny.

Ah well, those kids get too much to eat anyway! And you're getting in under the new Cinderella law!

At least I wasn't one of those competing for tickets. I like her, but not THAT much!

Then again, you might find there's a good reason why she has always shied from live performances and be demanding your money back afterwards! ; - )

Laura: ooooh you Job's comforter, you!

Good for you. Say hi from me.

Rol: I'll name-drop you into the conversation as often as I can.