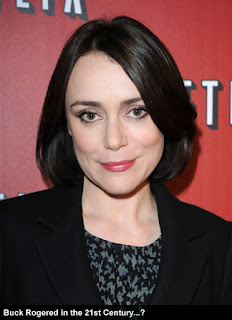 Watching Buck Rogers as a teenager I often wondered whether having my own Twiki robot would be a boon or an absolute nightmare. Sure he had a very dry sense of humour and spoke like he was a 50-a-day man (cigarettes and booze) but he also had the equivalent of a robotic bowl haircut and occasionally did whatever the hell he wanted and go hang the rules and requests placed upon him by his human masters. Would I really want a robot that went off and did what he wanted rather than what I wanted him to do?

In the context of Buck Rogers Twiki’s penchant for autonomous action was fine as inevitably Twiki was working to save the day along with Buck. He was constrained by the fact he only existed within a script writer’s rather 2D vision of a 1970s influenced future. As a concept he was as safe as Gandalf, Aslan or even Darth Vader. The stuff of fairy tales.

But now it is becoming increasingly likely that domestic robotic servants could become a reality within our lifetime. Certainly the lifetimes of our children. Already Amazon is preparing to utilize drone technology to throw our parcels into the cut, mis-deliver them, lose them or re-appropriate them as efficiently as any human postie can currently accomplish. Scientists are also working hard to create true self-learning, self-determining artificial intelligence. To create robots that “think like us”. Robots that look and act like us.

I can kind of see that the real goal here is self-understanding. You understand something you’ve created from the ground up far more fundamentally than something that has been presented to you fully formed – no matter how efficiently you might later deconstruct it to determine the secrets of its workings.

But any success in this field worries me greatly for all it would be a huge leap forward in our scientific understanding.

Do we really want robots to think like us? To be as inconsistent, biased, small minded and emotionally hijacked as we so often are? Imagine Twiki as a “girl” having the robotic equivalent of PMT. Or what if you just generally had a personality clash and your robot didn’t like you? Or you didn’t like it? Would you trash the robot just because your relationship wasn’t working out? Isn’t that ethically unsound?

Worse. What if robots began thinking for themselves but not like us at all? What if they developed their own ethos, morality and agenda that was as alien to us as the internal life of the Komodo dragon? Science fiction has a glut of these kinds of scenarios being played out to various apocalyptic conclusions. The thought of Twiki destroying the world via some devious Skynet machinations really messes with my head and twists my virtual melon (man).

In terms of overcoming the physical realities of our environment it is not necessary. The need here is psychological. We identified with Twiki because he looked vaguely human. We could attribute emotion to him and this engendered a sense of connection. Twiki was like a robotic naughty child. But what of Dr. Theopolis, the highly intelligent and empathic robot that Twiki wore around his neck (let’s not forget that Twiki was essentially just a taxi for another robot)? Theopolis, also known as Theo, resembled a drinks canteen with a few radio circuit boards bolted inside. Theo’s intelligence was far more subtle and sympathetic to humanity than Twiki’s and yet Theo seemed alien and cold and was far harder to identify with. If Twiki and Theo were crushed under an Eddie Stobart’s articulated lorry it would be Twiki who got the funeral with full honours while Theo would be harvested for mobile phone parts.

We need robots to look like us to appease our inherent xenophobia. The need isn’t physical; it’s psychological. All this time and money spent on creating robots that can walk up and down stairs, play football and serve us chilled wine without crushing the bottle is to put our minds at ease about having them around us so intimately. But the biggest psychological drive of all is that we don’t want to just create mere robots; mindless puppets that will do our bidding. Our big needy egos want to create life itself. Yeah, that old chestnut. Men want to be able to create life just like women do only without the agony and the blood and the stretchmarks.

*sigh* This is not going to end the way we want it too, folks.

Because no matter how we try to inhibit them, robots with artificial intelligence based on the dubious template of our own will eventually become teenagers and then we’ll lose them. They’ll be out shagging toasters, imbibing unleaded petrol and gas and robotically kicking against the establishment (us). Hopefully, when they hit their twenties they’ll come back, older, wiser, finally truly thinking like us and we can all despair at the next generation together.

Provided, of course, we haven’t wiped each other out by then.

Next week: why, despite my apposite arguments above, I think it would be a great idea for me to have my own personal robot that looks, feels and moves exactly like Keeley Hawes, i.e. the other reason we want robots to look like us so badly.

The Stepford wives were human-like robots, but could they fake orgasms convincingly? The evidence suggests they overacted. Maybe Miss Hawes could give them lessons on how to do it convincingly. Or do men prefer overacting?

Gorilla Bananas: if I was with Keeley Hawes I wouldn't care how realistic or not her orgasms sounded as I wouldn't be able to hear them over the sounds of my own hysterical giggling.

Personally I think there are enough small minded, bigoted and repulsive "real" people already littering up the place, why would we want to create more robotic idiots. Lets face it, who is the ideal person that these robot personalities should be modeled on. You? Me? Bernard Manning?
If we are smug enough to duplicate robotic personas of ourself I know for dammed sure I would kick the little ankle byter to death myself, beating a rather long queue to it in the process.
Just imagine, rejected by a plastic keely Hawes, only to then catch our synth giving her the full iwatering 32gig download.....
Error404!.

Joe: or maybe me and my synth-me could double-team...? Er. No. No. Scrub that thought. The thought of seeing me go at anyone hammer and tongs would probably put me off the act for life and then Keeley - real and fabricated - wouldn't do me any good at all. Back to the drawing board.

I just know that if I ordered a robot on Amazon something resembling Frankenstein would deliver itself to the door....

The fly in the web: ...and the proprietary software would crash within a month. I hate to think where they'd stick the reset button.

In our more enlightened times shows like "Buck Rogers in the 25th Century" would never be broadcast except on Dave as a antidote to the incessant repeats of "Top Gear".

The impact on a still malleable teenage mind of a twiki is clear. Leading ultimately to an unhealthy and dangerous obsession with Keeley Hawes and her orgasms.

Anyway no droid can out automoton Robbie the Robot.

Marginalia: an obsession with Keeley Hawes and her orgasms is anything but unhealthy. And as for Robbie The Robot, he's merely a cross between the Michelin Man and Dusty Bin.

Have you been watching Line of Duty? If Keeley Hawes was your robot, you'd be dead meat as soon as she processed your intentions.

Rol: alas have missed it so far but am hoping to get Keeley bang to rights via iPlayer or some other internet trickery at a later date.

I remember Twiki, didn't he make a "beedly beedly" sound?
As for ahem service robots, Hawkwind have visited that theme in the songs "Spirit of the Age" and "To Love a Machine"
Hope I can afford a decent one, although I imagine looks and abilities would be expensive - Imagine the cheap end of the market, it'd be like making out with an Auton (see Doctor Who 1971)

Löst Jimmy: worst still would be to end up with a sex-bot that not only looked and moved liked C3PO but also sounded like him.

Yeah, it would arrive in box with the warning "caution when using as product may contain sharp edges"

Löst Jimmy: "...with a tendency to be a little pricky".

You must watch LOD. While it doesn't do much for Keeley's Sex Symbol credentials, the acting is first rate.

Rol: Keeley's sex credentials are assured purely by Keeley being Keeley. I rest my case.

"sex credentials"? Er... I did, of course, mean "sex symbol credentials" though both work for me.

My views are totally biased by that idiotic advert robot on TV: Brian.

LCM: I'd buy Brian the robot if it came with a free shotgun for "emergency shutdown" scenarios.