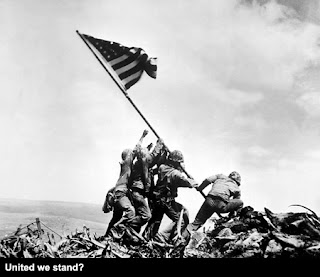 This post has been inspired by “Year Zero: A History of 1945” by Ian Buruma.

Throughout the seventies WWII was there. Ever present through the medium of the comics my dad used to buy me – Battle and Action – through toys like Action Man and model Spitfires which, despite the air superiority of the Hurricane, was the one that caught everyone’s imagination. And through the good old “war film” that the BBC and ITV would roll out every Sunday afternoon. Before I was familiar with algebra I was familiar with The Guns of Navarone, A Bridge Too Far and Von Ryan’s Express. My grandfather occasionally showing me his medals and my Nan’s reminiscences of working in a munitions factory during the 1940’s made the myth making very personal.

Although WWII faded from my mind during the 1980’s – my teenage mind finally progressed to the Cold War and the imminent threat (or so we thought) of nuclear holocaust – there are those who argue that WWII did not end until the collapse of the Berlin Wall in 1989. In reality, the world we have all been born into – all us post war babies – has been and still is shaped by the ongoing strifes and struggles that WWII either created or did not amply settle. The guns of WWII might be silent but the rumbles still produce shellshock in the unfortunates around the globe who found the taste of liberation merely a slightly less bitter pill to swallow than occupation.

In my mind, as a boy, 1945 must have been a great year. Celebration. Relief. Freedom. The end of suffering, death, starvation and chaos. The beginning of a better world.

In fact, 1945, even after the capitulation of Germany and Japan, was a horrific bloodbath. Hundreds of thousands of people were killed in reprisal and revenge attacks all across Europe and Asia. In some cases the Allies made attempts to keep a lid on it; in others they supplied the means – be it guns or a temporary policy to turn a blind eye. Thousands of German women were raped every day by the Russian Red Army – and this went on until 1947 when the Red Army was eventually confined to barracks. Thousands of POWS and Death Camp survivors died after liberation – not through maltreatment – but through well-meaning ignorance. Soldiers and medical teams would give them food not realizing that a body, in an advanced state of starvation, cannot cope with rich food. Women across Europe who were accused of being “horizontal collaborators” were tarred, feathered, beaten, publically humiliated and in some cases executed. Others, male and female, were accused of collaboration with the fascists, or the communists, or whoever was out of favour that week and executed in almost endless rounds of reprisals as those who perhaps were not as brave as they felt they should have been during the actual conflict crawled out of the woodwork to flex last minute muscles and do their bit for glorious freedom.

And there were, of course, the political betrayals which were ultimately no less bloody. The Cossacks sold back to the Russians, disarmed both martially and emotionally by false promises spouted by the mouthpieces of the West and executed within hours of being loaded onto the trucks. The Koreans who within days of declaring their independence found themselves occupied by the communists in the north and the western powers in the south; years later the entire country would be split into two – an absolute travesty of liberation. And there were the Jews – who nobody wanted and whose true suffering at that point in time nobody bar a precious few really understood – who were still being treated as pariahs.

But humanity did begin to exert itself again. Within days of the cease fires the Allies were mobilizing themselves to save Germany and later Japan from starvation. It was at least understood that the economy of Europe and later the world depended on their survival. Less charitably it was also understood that leaving them to completely collapse would make them ripe pickings for communist ideologies. Because despite the uneasy alliance with Uncle Joe Stalin, the battlefronts for the Cold War were already being drawn up and marked out.

The big idea – the big ideal, in fact – that emerged from the chaos of WWII was the United Nations. A means to prevent such a costly, disastrous war ever happening again. A means to exert and make sacred globally certain human rights and essential freedoms. Freedom of speech. Freedom of worship. Freedom from want. Freedom from fear. High ideals. But even at the time the Allied powers would only go as far as making these rights a “declaration” and not “a guarantee”. How could they with Korea occupied? The Shinto religion banned in Japan? The communist zone in East Germany already closing like a suffocating fist? National re-education programmes put into place in both Japan and Germany to “civilize the brutes”. And a hundred other nudges, pushes and pressures as the Yanks and the Commies divided up the spoils of war and created the world in which we all currently live.

The modern world then, our world, was borne out of good intentions and unholy hypocrisy. And the guns of its collective war machine, it’s collective peace machine, rumble on and on and on.

Are those four freedoms really so unobtainable? So unmaintainable? Is it time to admit defeat and present each one of them with a single white feather?

World Wars, it seems, never end but the peace we as individuals make with them sometimes, sadly, does.

I totally agree...I grew up in the 60s with all of the stories of my blitzed Liverpudlian grandparents

War second hand so to speak

John: yes, it was a strange kind of inheritance but I think it was borne out of the idea of remembrance... to instil in the next generation the importance of not making the same mistakes of the last...

LCM: I suspect it was both a boy thing and a very British thing... glorifying in the big Victory and then reliving it over and over...

Weren't there street parties in England where people sang Knees up Mother Brown? Funny old song - I'm not sure what it means, but you should sing it too if you want us to take your reminiscences seriously. Sticking out your arms and running around shouting "dagga-dagga-dagga" isn't going to fool anyone.

Gorilla Bananas: I bet it would fool the Americans. Especially if I wore a djellaba.

When the U.N. appoints Zimbabwe to chair its Human Rights panel then it's time to make war on the U.N.

The fly in the web: agreed. But who could truly cast the first stone?

I suppose the mystery and the joy is that despite all that horror, inhumanity and evil we're still here. Loving, helping, sharing, dying and being born.

Barry: ...and still getting my feet wet.

I'm significantly older than you, yet always thought of WW2 as ancient history...and recently came to realise that the Falklands War (not on the same scale of course) was as ancient history to the offspring as WW2 had been to us. Anyway, I thoroughly thought-provoking piece (peace)...

Nota Bene: and when I was young WW1 seemed well within living memory... and now it's a hundred years old and the young generation just lump it in with the Napoleonic wars and all the rest. The significance gets watered down with the generations. Sad.