The Black and White Minstrel Show 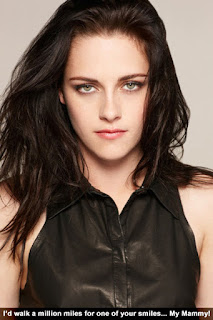 The wife and I watched Snow White And The Huntsman over the weekend… but this isn’t going to be a film review.

I’m writing because I was bugged by the dwarves.

Initially I was impressed by them. Amused. 7 dwarves running around offering various scatological jokes. As Hollywood dwarf effects go these celluloid dwarves did the business. I’d even go as far as to say that they out-dwarved Peter Jackson’s dwarves in Lord of the Rings and, as dwarf benchmarking goes, that’s setting the dwarf bar pretty darn high (for a dwarf).

Most amusing of all, these dwarves were played by some of the UK’s biggest and finest acting names: Ray Winstone, Bob Hoskins and Ian McShane to name but 3.

In short (ahem), as with Peter Jackson’s Gimli [Son of Gloin], these dwarves were all played by non-dwarf actors of high acting stature. Dwarfdom was temporarily bestowed upon them by the CGI gods of whatever studio produced the movie and Warwick Davis didn’t even receive a text let alone a telephone call*.

And that’s my problem with it.

Don’t get me wrong, our Ray and our Bob made excellent dwarves. There was comedic value in seeing their heads on dwarf’s shoulders. But I couldn’t help thinking: what about all those dwarf actors out there? Lord knows some of them are superb actors (Peter Dinklage springs readily to mind) and are wasted as it is, being typecast merely as dwarves in productions that just happen to need a dwarf as opposed to being accepted as fine actors who just happen to be dwarves in real life. But if they now can’t even get work as “dwarves” in fairy-tale and fantasy films what hope have they got to get work at all?

It’s finally happening: computers are putting people out of work.

I realize I’m being a bit tongue-in-cheek about this but there is a serious point to be made here. Imagine if, for example, white actors were being blacked up via CGI and were then taking roles that legitimately should have gone to black actors… Imagine the outcry! Imagine the uproar! Or what about if male actors were being CGI'd into women and taking all the leading actress roles? I think Helen Mirren might drop a few F bombs at that turn of events. And quite rightly so.

So why is it OK to do it with dwarfs? Because they’re funny? Because their entire movie raison d'etre is merely to provide light relief and a bit of carnivaleqsue exotique?

Anyone who’s seen Peter Dinklage’s performances in Game Of Thrones knows how ultimately short-sighted and short-change-giving that view now is.

It makes intellectual pigmies of us all.

And, at the end of the day, aren’t we all supposed to be a bit bigger than that?

* I'm quite willing to accept that Warwick Davis and Peter Dinklage were both approached to appear in the film but refused, perhaps feeling that the role was beneath them.

It'll all be fine as long as Dinklage is eventually turned into a strapping 6 footer using the same technology.

Alex: presumably with the girth to match. Or did you mean something else?

An interesting point
Especially as Broadway and Hollywood have been so politically correct at casting the right person to the right role.....
Perhaps there are just not enough little people to go around?

John: is this another gibe about girth?

Forget about dwarves, what about using hairied-up humans in the Planet of the Apes movies? Those apes weren't even realistic, apart from Helena Bonham-Carter who is welcome to join my harem. And why didn't they give Gandalf's role to a genuine beardie like you? There's so much injustice in the world.

Gorilla Bananas: you've got a genuine point there. I can blow smoke rings with the best of them. Goddammit, that role should have been mine!

Well said re putting actors out of work. Life is hard enough for actors (of all sizes)

Laura: you're telling me; I've all but given up chasing the Oscar.

You know those OKAY magazine composite photos they do occasionally, the perfect actress, with Angelina's eyebrows, Jennifer's smile and Felicity's bottom. ( showing my age there )

Maybe that is where this is all heading, with parts shared by actors... ahem... parts. all cgi'd together into one character. This actor's face on that actor's body...etc

OK, just back from a dwarf tossing competition to read this. I see your point. And it's a good and fair one. As usual I'm in total agreement.

Just to throw a spanner in the works (and because it's seasonal) what about Pantomime Dames?

I really like this actress and also watch her all twilight parts and awesome acting. Thanks for sharing this information.
V Smoke

Plenty of dwarfs around...just look at the older members of the royal family...and they're always out to make a quick buck...

I watched Gok does Panto over Christmas (don't say another word!)and the producer of Snow White and the Seven Dwarves said they never knew what was the best way to deal with this: they are criticised if they use dwarves and likewise if they don't.
Don't they use full-size actors as oompa loompas in the new Charlie and the Chocolate Factory musical too?

Keith: Oscar for best head...? Sharon Stone springs to mind for some reason. I'm sure Hugh Grant would present the award elsewhere.

Nota Bene: I don't have any problem at all with ugly, talentless men finding occasional seasonal work at Christmas time.

blow Hookah: are you in the running for an Oscar (see above)?

The fly in the web: but I thought the wicked witch tried to kill Snow White with a poisoned apple rather than a poisoned dwarf?

Get your head into gear. You're so far behind the curve you're peddling backwards.

If you haven't yet figured, the rest of us have. CGI creates nicer people. All the bad bits of bods cease to be a problem, no halitosis, no arm pit stench. Hanging out with an avatar of whoever is your favourite stellar squeeze is so much more satisfying than a fan mail e-mail.

I thought 300 was brilliant - the muscles and naughty bits were super cool and in the "Sin City" everyone was so stunningly unreal it was well..stunning.

As for the characters in Prometheus.. without CGI it would have been totally dead. It was?

Fuck reality I say give me enhanced actuality anytime.

Marginalia: behind the curve? Behind the curve?! Now listen to me, you fashionista rockerfella, I loves me a nice bit of CGI. LOTR. Star Trek. Even 300 and Sin City of what you speak. But doing Warwick Davis out of a legitimate wage? Come on. That isn't right. If a dwarf can't play a dwarf then that's just too fucking low.

Playing devils advocate here. Maybe the genuine dwarf actors out there didn't want to be typecast and would prefer to have acting roles that were not about their height.

Surely acting is about convincing people you're something you're not.

You could also argue about why they use British actors for American roles and vice versa.

However, I still balk at the idea of having Kevin Costner playing Robin Hood.

Very Bored in Catalunya: very good argument. But following it to a logical conclusion why aren't our TV shows and movies full of dwarves playing non-dwarf parts? I think Eastenders, for example, would be much improved by an all-dwarf cast.