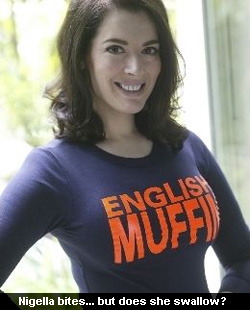 Being a rainy Monday morning and having submitted to the burden of total and utter boredom, I have been lately musing on the way modern movies are certificated.

When I was a kid it was all very austere and straight forward. “12”, “15” and “18” told you all you needed to know and all the really good films were inevitably rated “X”. Hmm. You know, I never saw enough X rated movies as a kid. I feel heartily deprived.

Nowadays though it’s not enough to simply slap an age label onto a film. No. As a tiresome bonus we also get a load of PC-hogswhallop, soft-soap terminology thrown into the mix for free.

Anyway, it made me think how infinitely fuller and more rich our lives would be if such gradings were also applied to television programmes.

I’m sure you could think up loads more. But only if you’re bored.
Posted by Steve at Monday, May 14, 2007
Email ThisBlogThis!Share to TwitterShare to FacebookShare to Pinterest
Labels: baps, baptitious, celebritybigbrother, DealOrNoDeal, HowToLookGoodNaked, movies, NigellaLawson, television, TheApprentice, XRated

It always dumbfounded me that "Blade Runner" was rated 15, and not 18, simply because I think the scene where Batty kills Tyrell warrants the higher certificate, despite the ultimate act of violence taking place off screen.

And, when a programme is announced as containing "strong language", I always assume some Shakespeare is about to be shown, or at least something well-written!

I got a real surprise when I had the misfortune to hear Avril Lavigne's new single "Girlfriend". I assumed she was aimed at roughly the same audience as Lil Chris, maybe a little older. It was clear from the edit what the missing lyric was but I checked just to be sure and I couldn't believe it. I know rap uses it all the time but she actually refers to herself as a "motherfucking princess"!

I think it's time for a classification to be applied to pop music. It's not enough to stick a parental label on the sleeve of a CD. Kids hear the songs on programmes aimed specifically at them, with the "offending" words edited, then rush out and buy the track with the lyrics still intact! So, what's the point of removing the swearing for TV when the purpose is to sell the record where the kids will hear it anyway?

Hmm. Maybe "contains peer-pressure expletives and badly rapped 6th form ego-babble" would be a suitable warning label for such music?

I know what you mean about Bladerunner - I'd rather they'd gone all out to make an 18 film in all honesty but the box office loves its PG's and it's 15's... more bums on seats, etc.

As for Avril Lavigne's Girlfriend video-what a classy chick,she ends up in the toilet with her man and she is so pleased with herself!
I watched French Connection II when I was 15 even though it was an 18 and I was bored to tears.After that I couldn't be bothered with 18 films.
I was lucky enough to be 16-17 at the end of the 70's and saw the resurgence of the cinema with such epics as Superman, Grease and Star Wars.
My children seem to have managed to see many 18 films and each time they wished they hadn't bothered.They seem to prefer coming of age films such as Stand By Me, the Goonies and Now and Then.
I do agree with classification being added to pop music,though I do feel that I have been very lucky with my girls and their judgment seems to have been quite sound without the need for any further classification.Or perhaps we just have sad taste? Oh well,I'm officially sad!Does it matter?

I must admit I prefer coming of age films myself and have even been known to quite happily watch the odd chick flick.

I guess the trouble with classification of music is that "explicit lyrics" is a surefire way of attracting more buyers.

Hmm. Maybe I ought to get Google to list my blog as "explicit" and "adult". I could bump my readership up to thousands!

It's a good thing all our blogs aren't reliant upon viewing figures otherwise we would've been cancelled long ago!!